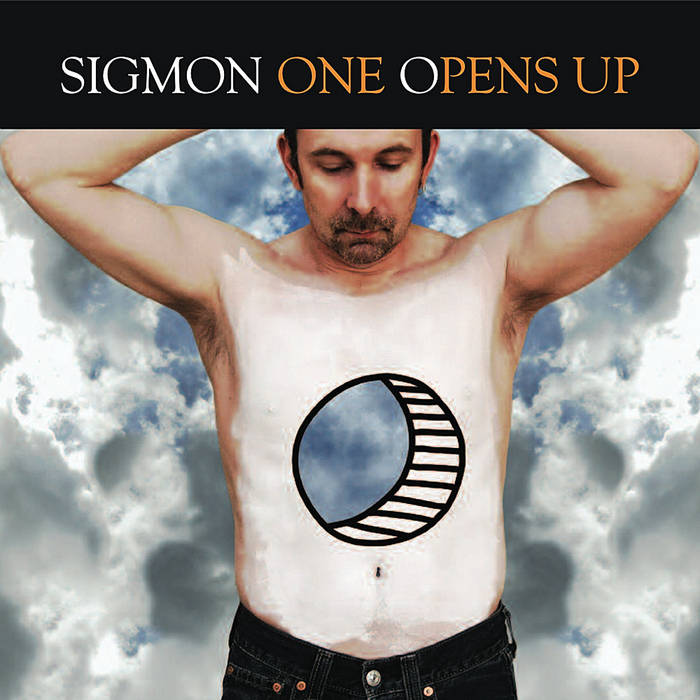 Sigmon's premiere solo release One Opens Up addresses an all-too-noticeable absence of intelligent, world-wise pop music. This thirteen song collection is an engaging piece of work that aspires to re-energize the genre for adults who grew up believing that music needed substance as well as style to be great.

“One of the Top CDs of the Past Decade

If you’re a fan of creative, catchy, intelligent pop music, buy this CD –you won’t be disappointed. I’ve owned it for years and have repeatedly claimed that Sigmon’s collection of toe-tapping, sing-along tracks deserves to be recognized as the pop music masterpiece that it is. After repeated plays (and I DO mean repeated), it only seems to get better and better.

Not only that, but my kids (in their early teens), as well as friends and family members who’ve heard the CD love it too. And based on the reviews of others here and elsewhere, there is an audience eagerly awaiting more Sigmon music.”

"...I've given [One Opens Up] a few listens, and I like it a lot. It's smart, grown-up, expertly crafted, sometimes edgy sometimes trippy pop that engages your sensibilities instead of assaulting your senses."

"There are songs about life changes ("Leaving Day", "Angels in White") that are refreshingly hopeful and without the usual regret or bitterness... There's also social commentary ("Millennium Man") and philosophical introspective ("Possibility", "Between the I's) with a little spirituality thrown in ("My Real Address")."

"...Sigmon's music has lots of subtle and fun influences spanning decades of styles. It "sounds like", well, Sigmon. If you like what you hear on XM's Cafe or maybe The Loft, you'll probably like this. North Georgia based Sigmon is a remarkably talented singer, songwriter and instrumental performer, who wrote, produced, arranged, and performed almost everything on the album. Check it out."

"...I first heard "Feels Like A Finger" on RadioParadise and was hooked. I bought the album (from CD Baby because it was not available [on iTunes] yet) and was amazed at this music. This is truly intelligent pop music in the same vein as Peter Gabriel. Guarantee you'll listen to one track and love it... then you'll listen to the next and go... man, that's better... over and over... I'm looking forward to more from Sigmon"

"I work in the retail music biz and as such get to hear tons of artists. It's been a very long time that I have been so impressed by someone I'd not encountered before. Thoughtful lyrics, great hooks, and a fresh voice combine to make this album one I share with my music snob coworkers (whom also love it)."

outré black metal, with a Victory Over the Sun interview and music from Liturgy and Jute Gyte.